Greg Robinson is an offensive tackle for the Los Angeles Rams. He was drafted second in 2014 by the St Louis Rams (now Los Angeles Rams). Greg Robinson was born on October 21st, 1992. He played for Auburn University prior to being drafted. In 2014, Greg was given the Wonderlic Test, which test general aptitude. His Wonderlic Test score was 22. The Wonderlic Test scores are between 1-50, so 22 shows an average IQ. Most teams want their players to have a score of at least 20, so with Greg Robinson having a score of 22 puts him above the minimum score needed. 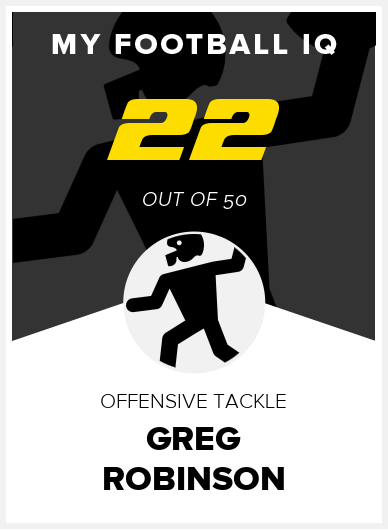