Gino Guigudli is a retired professional football player with a Wonderlic Test Score of 30. Gino played arena football as a quarterback during his professional career. He was born on March 13, 1983 in Fort Thomas, Kentucky. He played high school football for Highlands High School in Kentucky. He won two state championships during his high school football career. After high school Gino played college football at the University of Cincinnati. He rushed for 208 yards during his college career. After college Gino entered the 2005 National Football League Draft, but was not drafted. He briefly signed with the Tennessee Titans but was released shortly after. Gino later played for the Green Bay Blizzard, the British Columbia Lions, and the Milwaukee Iron. 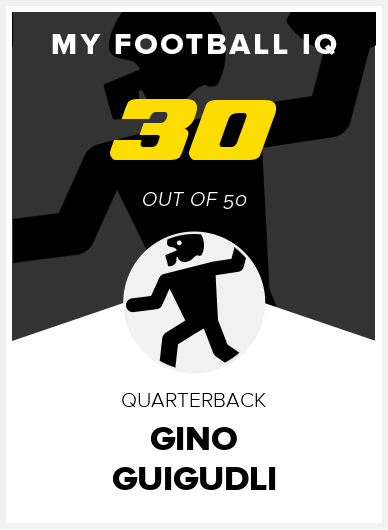