After an exciting career at Mississippi State, Edward Prather looked forward to joining the NFL. When his Wonderlic Test Score was only a 5, no NFL team was interested in him. While many critics claim that the test score is meaningless, others say that the score reflects a player's ability to make intelligent decisions on the field. While playing at safety at Mississippi State, Edward was given the nickname of "pig" and many think his score reflects that he was just as smart as a pig. Others claim that his many poor decisions on the field prove that he was not ready for an NFL career. 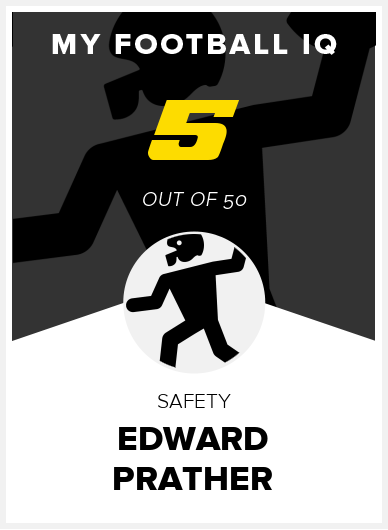