Dustin Long comes from a family of athletes, most notably his father Mike. Dustin Long played quarterback for Texas A&M from 2002 to 2003, then transferred to Sam Houston State University and threw for 3,408 yards and 31 touchdowns. Long impressed scouts at the 2005 NFL Combine with his body <i>and</i> mind by netting a Wonderlic test score of 27. Long was not drafted in 2005 but went to minicamp with the Dallas Cowboys. Shortly after, he was sent to play football in Europe as part of NFL Europa. Dustin Long never saw playing time as a professional quarterback. 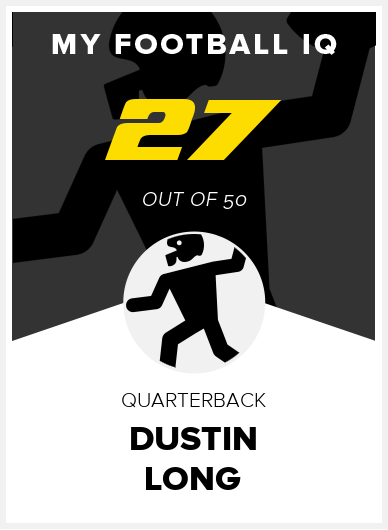