Drew Bledsoe was an NFL Quarterback and played the majority of his career with the New England Patriots. Bledsoe had a Wonderlic Test Score of 36 out of 50 which is well above average. A solid quarterback in his own right, Bledsoe is now mostly known for getting injured on a hit by Mo Lewis of the New York Jets and being replaced by an unknown quarterback from Michigan by the name of Tom Brady. The rest as they say, is history. 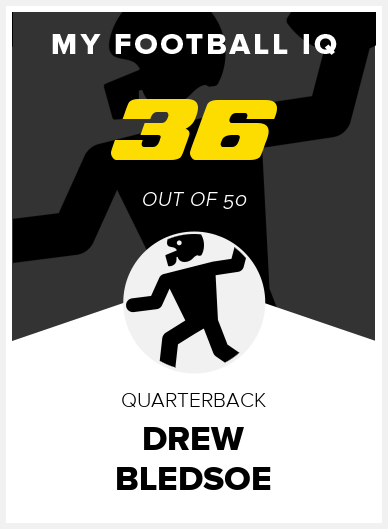