Darren Davis is a former college football player that was a running back for Iowa State University. Davis went to Iowa State from 1996 o 1999 and finished his career as one of the top leading rushers in school history. During his senior season at Iowa State Davis was the top rusher in the Big 12 conference when he ran for nearly 1,400 yards.

Despite being a top player in college, Davis was not drafted into the NFL. However, he was recruited to play in other leagues after his combine results, which included a Wonderlic test score of 4. Davis ended up playing in the Canadian Football League for five season, including two years in Ottawa and two years in Saskatchewan. 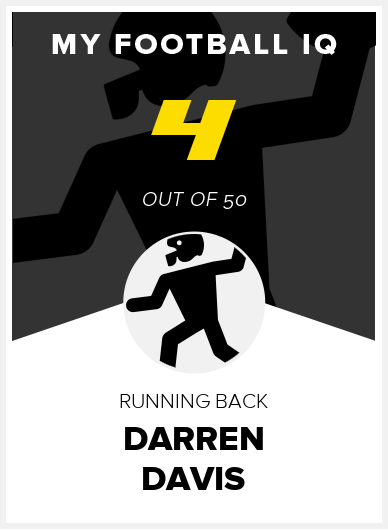