Craig Crenzel is a former professional football player. He has a Wonderlic Test Score of 38. During his professional career Crenzel played the quarterback position. He was born on July 1, 1981, in Utica, Michigan. He attended Henry Ford II High School where he played football, baseball, and basketball. During his senior year of high school, he threw for over 1,700 yards. He played college football for The Ohio State University Buckeyes. He was the starting quarterback during his final season with the team and lead the Buckeyes to the National Championship. After college, Crenzel entered the 2004 National Football League Draft. He was drafted by the Chicago Bears as the 148th overall pick. After playing with the Chicago Bears, he played briefly with the Cincinnati Bengals. 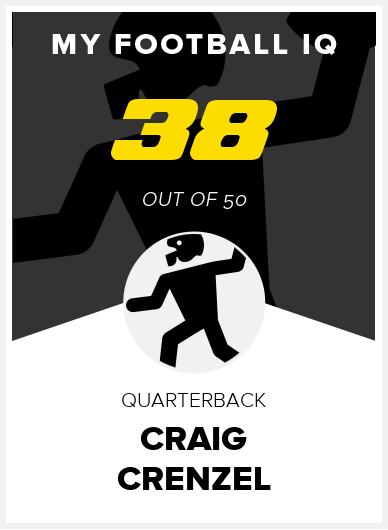