Cordarrelle Patterson is a professional football player with a Wonderlic Test Score of 11. He has played as a wide receiver, kickoff returner, and a running back. Patterson was born on March 17, 1991, in Rock Hill, South Carolina. He played college football for the Tennessee Volunteers. After college, Patterson entered the National Football League Draft. He was drafted by the Minnesota Vikings as the 29th overall pick. During his time as a professional football player, Patterson has established several records. On October 27, 2013, he made the longest kickoff return touchdown, which was 109 yards. Additionally, he is the first National Football League player to have a 100 yard kickoff return touchdown, a 50 yard rushing touchdown, and a 75 yard touchdown catch in one season. 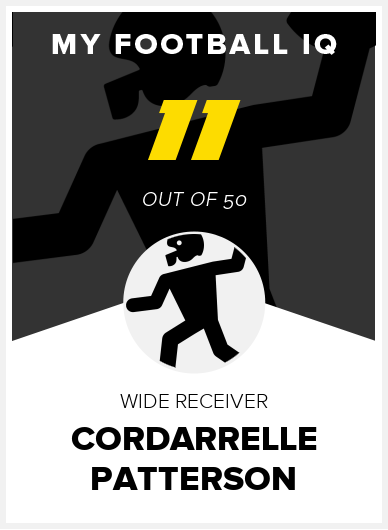