Quarterback Cleo Lemon, Jr. did not let going undrafted in 2001 deter him from his professional football dreams. Out of Arkansas State, Lemon brought with him a Wonderlic Test Score of 18 and a desire to play ball as a pro. His first attempt was the Baltimore Ravens, but he did not make the cut. In 2003, he was able to make the roster of the San Diego Chargers, but he never made it onto the field in two seasons. He finally played an NFL down in 2006 for the Miami Dolphins. After a year with the Jacksonville Jaguars and another unsuccessful attempt at the Ravens' roster, Lemon a season and a half for the Toronto Argonauts before he retired. 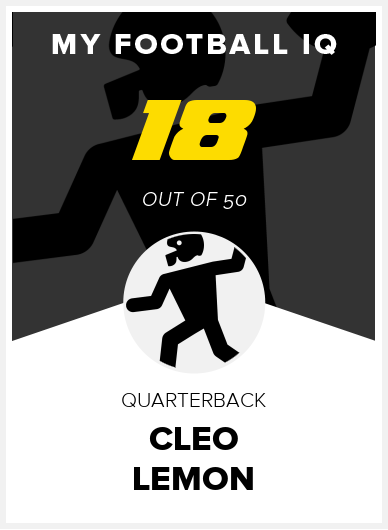