Christine Michael is a professional football player. Michael currently plays running back for the Seattle Seahawks. He has a Wonderlic Test Score of 11. Michael was born on November 9, 1990, in Beaumont, Texas. He attended West Brook Senior High School in Beaumont, Texas. During high school, Michael rushed for 3,927 yards and 501 carries. After high school he attended Texas A & M University. During his college football career, Michael was recognized as Offensive Freshman of the Year. In 2013, Michael entered the National Football League Draft. He was drafted by the Seattle Seahawks as the 62nd overall pick. After playing a couple of seasons with the Seahawks, Michaels played for the Dallas Cowboys and the Washington Redskins. He returned the the Seahawks in 2015. 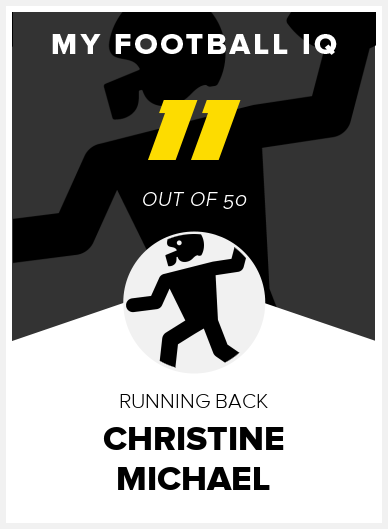