Upon entering the 2001 NFL draft with a Wonderlic Test Score of 29, Chris Weinke was already a grown man. Due to chasing major league baseball aspirations for the first five years after high school, Weinke was a late-entrant to college. At the age of 23, he first took the field for Florida State University. His achievements on the field in Tallahassee made him a legitimate prospect for the NFL. Weinke was chosen by the Carolina Panthers in 2001, and he enjoyed a seven-year professional career that including a short stint with the San Francisco 49ers before he hung up his helmet. In 2015, Weinke joined the Rams' staff as quarterbacks coach. 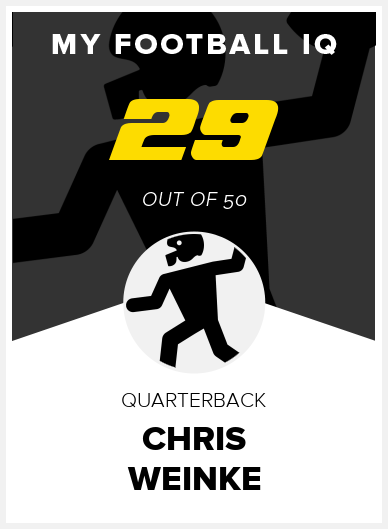