The son of an NFL star, quarterback Chris Simms entered the NFL from the University of Texas in 2003. He had a Wonderlic Test Score of 22. During eight NFL seasons, Simms scored 12 touchdowns and threw 18 interceptions. He played for three different NFL teams during his tenure, which officially ended in 2010 after his second try with the Tennessee Titans, for whom he never took the field that year. His longest stint was his first one, which was five seasons with the Tampa Bay Buccaneers. Like his father Phil Simms, Chris found a life after professional football as a commentator for NFL games. 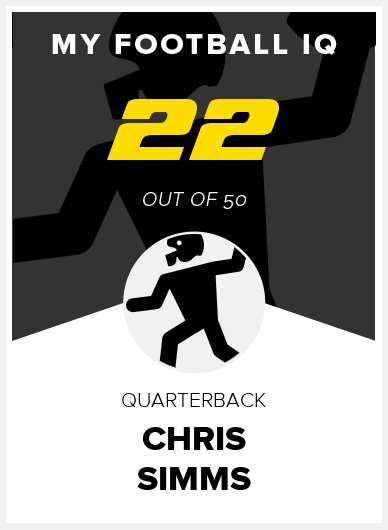