Chris Chaloupka was a former college backup Quarterback for Oklahoma State University; he wore the number eight. Upon leaving school he participated in the Wonderlic test, a pyschological test developed to rate basic coginitive abilities on a scale from zero to one hundred (the average score being 20). The NFL has been using this test for years to predict potential success levels for various player positions. Chaloupka's Wonderlic test score was a 22, or just slightly above average human intelligence. 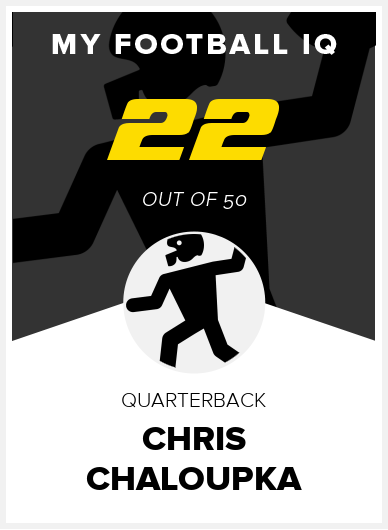