A quarterback with a Wonderlic Test Score of 14, Charlie Batch enjoyed a long NFL career. After playing his college ball at Eastern Michigan, Batch was drafted by the Detroit Lions in 1998. The Lions envisioned Batch as a hybrid quarterback who could pass and run. For much of three seasons, Batch was Detroit's starter. From there, he moved on to the Pittsburgh Steelers. Batch was Pittsburgh's dependable backup. He made the team's roster 11 seasons in row. After the the 2012 season, Batch was cut by the Steelers. At that time, he had the second-longest tenure among all Pittsburgh quarterbacks behind Terry Bradshaw. In his NFL career, Batch scored 61 touchdowns and passed for over 11,000 yards. 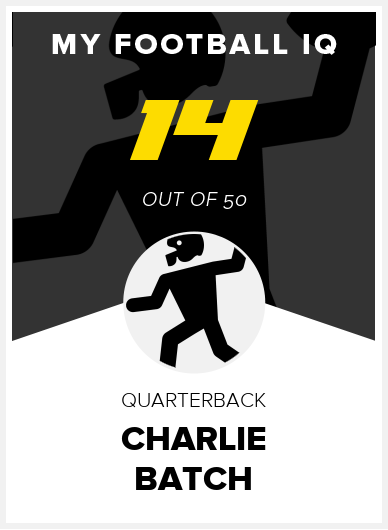