Richard Casey Merrill was a professional football player that played for three different teams from 1979 until 1986, including the Green Bay Packers, New Orleans Saints, and New York Giants. Merrill was best known for his blazing speed, which clocked in at about a 4.6 second 40-yard dash. He was also considered a very intelligent player and had a Wonderlic test score of 20 before entering the NFL.

Merrill played college football at the University of California Davis. He ended up getting drafted in the fifth round of the NFL draft by the Cincinnati Bengals, but never played for that team. Since finishing his career 30 years ago, he has spent a lot of time coaching high school football. 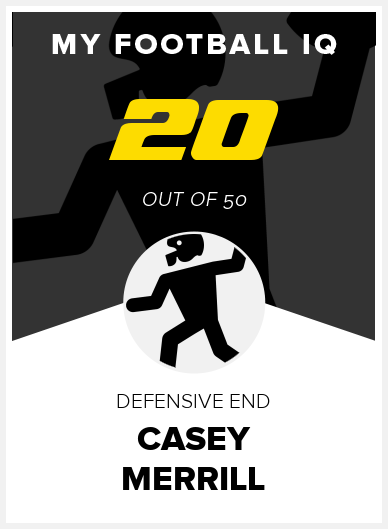