Casey Clausen is a former football player who scored a 20 on the Wonderlic test. This Wonderlic test score is average for Clausen's position of Quarter Back. Clausen played his college football at the University of Tennessee. After his college football, Clausen was drafted to the Kansas City Chiefs in 2004 where he did not see much playing time. After one year in the NFL, Clausen took his chances in Europe where he played for the Amsterdam Admirals in 2005. His college football career was much more successful than his professional one. Clausen started 44 out of all the 47 games during college and in 2001, lead his team to win the SEC East Division. 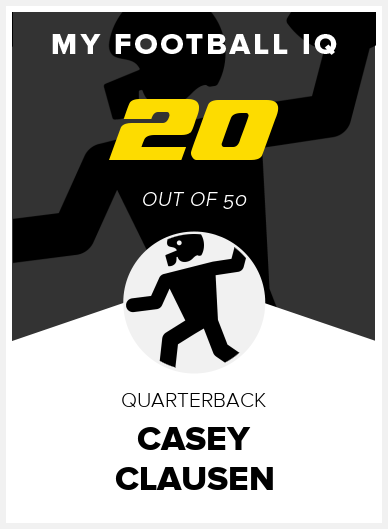