Bradley Van Pelt is a retired NFL Quarterback who played for the Denver Broncos and the Houston Texans. Van Pelt was a 7th Round Draft Pick out of Colorado State and had a Wonderlic Test Score of 25. Due to his run first, pass later nature, Van Pelt never really made it is an NFL Quarterback. Eventually Van Pelt switched positions and attempted to make it as a safety, but was subsequently released. After football Van Pelt moved to California and started working in the wine industry. 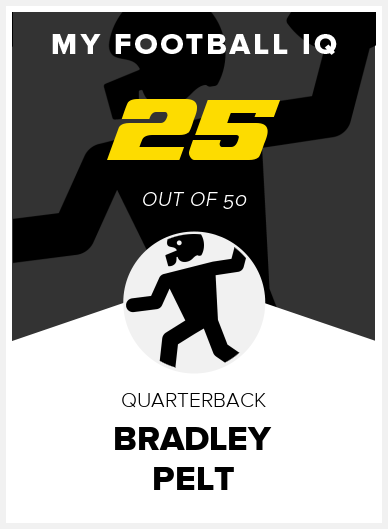