Going to the San Diego Chargers in the 1989 draft's second round, Billy Joe Tolliver had a pretty good run through professional football. A quarterback with a Wonderlic Test Score of 24, Tolliver's first stop lasted two NFL seasons. He was traded to the Atlanta Falcons before opening day of the 1991 season. After playing the Falcons through 1994, Tolliver moved on to the Shreveport Pirates, a team that was born during the Canadian Football League's foray into midsize cities of the United States. Tolliver's Shreveport tenure lasted one year. He bounced around the NFL for five more years before taking the air out of the ball. In all, Tolliver threw for 59 NFL touchdowns and nearly 10,000 yards. 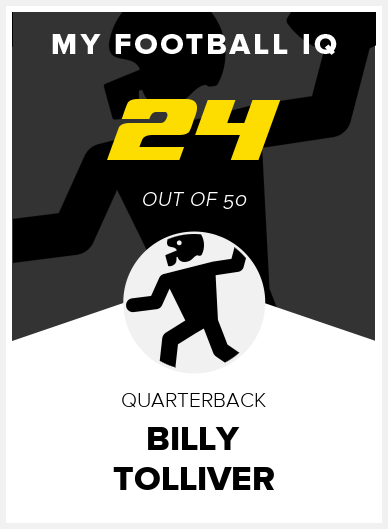