The Wonderlic Test is a general intelligence test that hundreds of NFL prospects take each year. The test includes 50 questions with quarterbacks tending to score in the higher ranges than other positions. Ben Dougherty, a quarterback for Florida A&M University, is one of those whose Wonderlic Test score was an impressive 25. Dougherty, who was signed by the Jaguars in 2006, made history in his FAMU career by being the first white quarterback to start for the historically black college. These days Ben Dougherty no longer dons his number 14 jersey, and has opted for a suit. He currently works as an executive sales specialist at Shire Pharmaceuticals. It looks like he's putting that intelligence showcased on his Wonderlic score to work elsewhere. 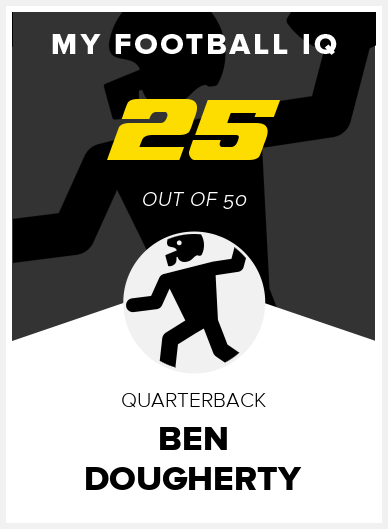