Andre' Woodson was quarterback for the Kentucky Wildcats and was a starter for the majority of his career. During his senior season, Woodson threw a whopping 40 touchdown passes, earning him an invite to the NFL testing combines before the 2008 NFL draft.

As is the case with all players who go through the combine, Woodson went through the process of getting a Wonderlic test score and ended up with a score of 20. This score is certainly not the highest a player can get but it is just four points below the accepted average of quarterbacks who have taken the test.

After being drafted in the sixth round of the 2008 Draft, Woodson played two seasons with the New York Giants and Washington Redskins. 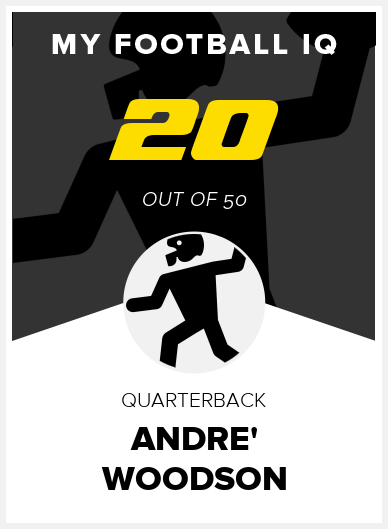