Alex Moulden was a highly successful defensive back at Oregon University before he was drafted to the NFL by the New Orleans Saints. After he played five seasons for the Saints, he moved to the San Diego Chargers where he played for two years. In 2003, he finished his career with the Detroit Lions. Alex was born in Detroit so it seems fitting that he would finish his career there. His Wonderlic Test Score was 23 proving that he is able to read and write a little above the average NFL player. 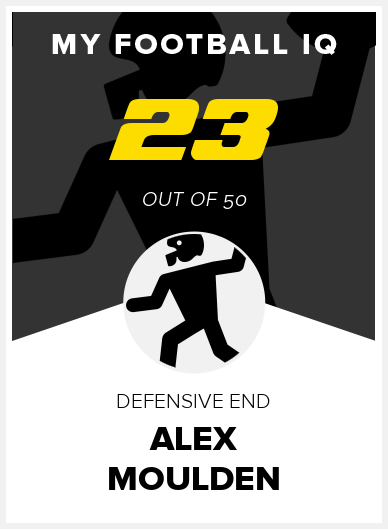