Akili Smith played the quarterback position for Canadian and American football teams. He played football at the University of Oregon. As a senior, he started 11 games and had 32 touchdown passes. He was the third player chosen in the 1999 NFL draft. He was selected by the Cincinnati Bengals. He was with them for four years. He was briefly signed with the Green Bay Packers and the Tampa Bay Buccaneers. He joined the Calgary Stampeders team in 2007 and was released later that year. He then became a football coach and has worked at Grossmont College, University of California and St. Augustine High School. His Wonderlic test score is 26. 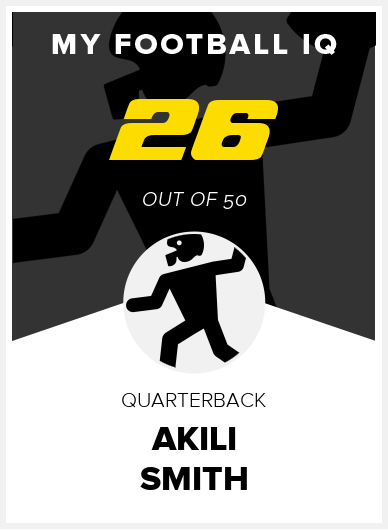