Aaron Donald is a great NFL player who has had a nice career. One of the most important parts of player evaluation is a player's Wonderlic Test Score. There are a lot of teams that put thought into drafting players based off of this number. When he took the test, Aaron Donald scored a 25. This is considered to be a good score. The scores range from single digits all the way up to 40. There are a lot of players who did not take the test seriously when they were taking it and later regretted it. However, he was able to have success in taking the test and earned a decent score. In addition, he had a good NFL career as a defensive lineman. 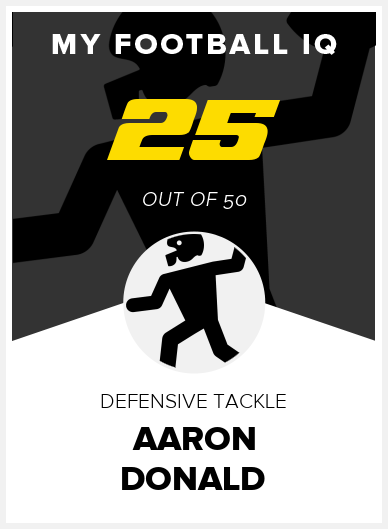